Indeed there are nearly 300 English translations in the market now, and each one reflects the experiences of the translator, as it should. Each translation slightly differs from the other, fulfilling what Prophet Muhammad wanted, to paraphrase him, " I am leaving this book for you to read and understand." The emphasis was “YOU,” Mind you, he did not assign an interpreter to refer to, and instead he expected each one will use his personal reference to understand the book while maintaining the central theme – building cohesive societies– Islam is also called the religion of human nature.

Pretty much any Quran given out in a da’wa, or religious outreach, program almost anywhere in the world has its roots in Saudi Arabia. Most of them use a translation completed by Yusuf Ali, an Indian-born, British-educated scholar who died in the mid-20th century. Published in 1938, it included not only Ali’s translation, but also parenthetical commentary on meaning—much of which has been stripped out by its Salafi adapters.
The first Quran ever owned by this reporter was an Ali translation, distributed through a Chelsea-based da’wa program to a bank teller, who unloaded it to this student of religion when she was still a teen. The thick hardcover has the scripture in two varieties: the original Arabic, as well as an English translation.
(Significantly, The Study Quran, already voluminous, does not include the original Arabic, the language in which Allah delivered his message to Muhammad. But the Arabic text is now readily available online and in many smaller volumes for comparison.)
Ali wasn’t the first translator of the Quran into English, of course. One of the earliest widely available translations was by George Sale, and it served as the standard for nearly two centuries. It’s rife with annotations that point to Sale’s Christian understanding of the “Mohammedan’s” holy scripture. More recent translations have come from feminists and creative translations that assign each Arabic word one—and only one—English equivalent.
And The Study Quran surely won’t be the last. The authors’ main goal, after all, is not a definitive translation—but a demonstration that different interpretations were “established, well known, and rigorously discussed over the centuries,” Nasr said.
This article has been updated.
Posted by Mike Ghouse at 11:07 PM No comments: 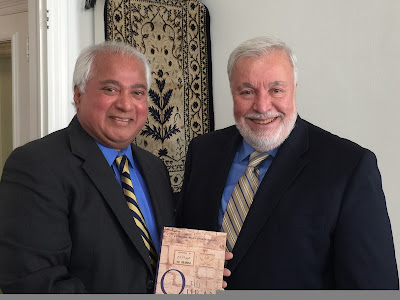 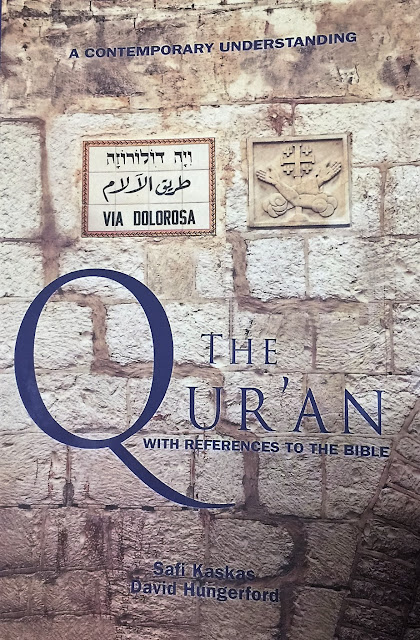 
www.InterfaithSpeaker.com
Posted by Mike Ghouse at 10:45 PM No comments: